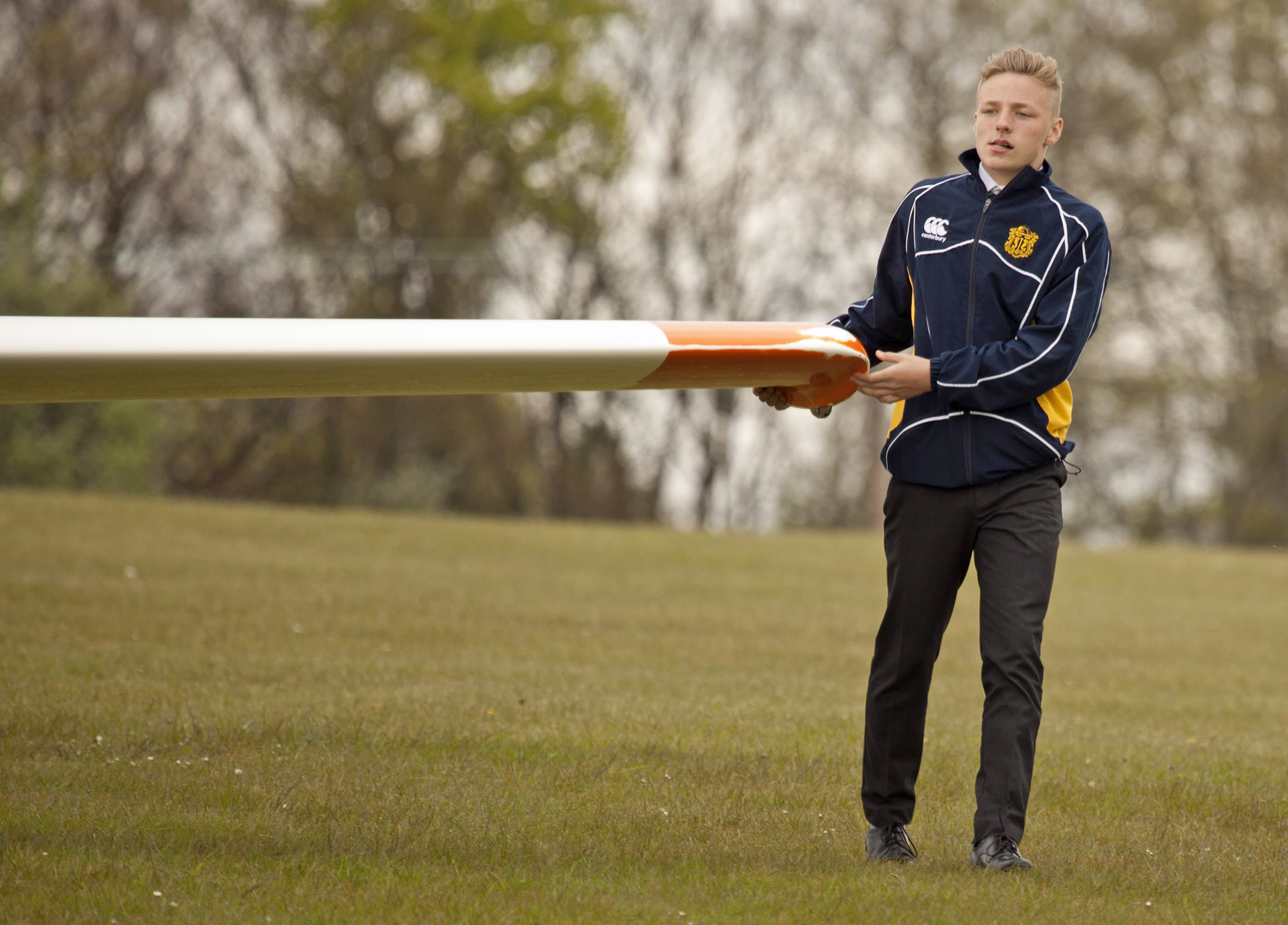 The GdeHFF forms the charitable arm of the Royal air squadron

With close links to the Royal Air Force, the GDEHFF has, for many years, assisted young people in advancing their education in the art and science of aeronautics, including the provision of flying, gliding, and engineering related scholarships. Originally established in 1966 under the auspices of the Royal Aero Club, the GdeHFF was transferred to the Royal Air Squadron in the 1990's.

With assets of over one million pounds, and thanks to the generosity of members, the Foundation today supports a variety of aviation related activities. These include Group Captain John Cunningham Flying Scholarships for Air Cadets, Royal Naval gliding courses, and flying scholarships in conjunction with Hertfordshire University at Hatfield, the site of the former de Havilland airfield. Besides this, the Foundation sponsors microlight flying in conjunction with the British Microlight Flying Association, and devised and manages the Sir John Thomson Spirit of Aviation Initiative with four inner-city schools in Bristol, starting with year 9. 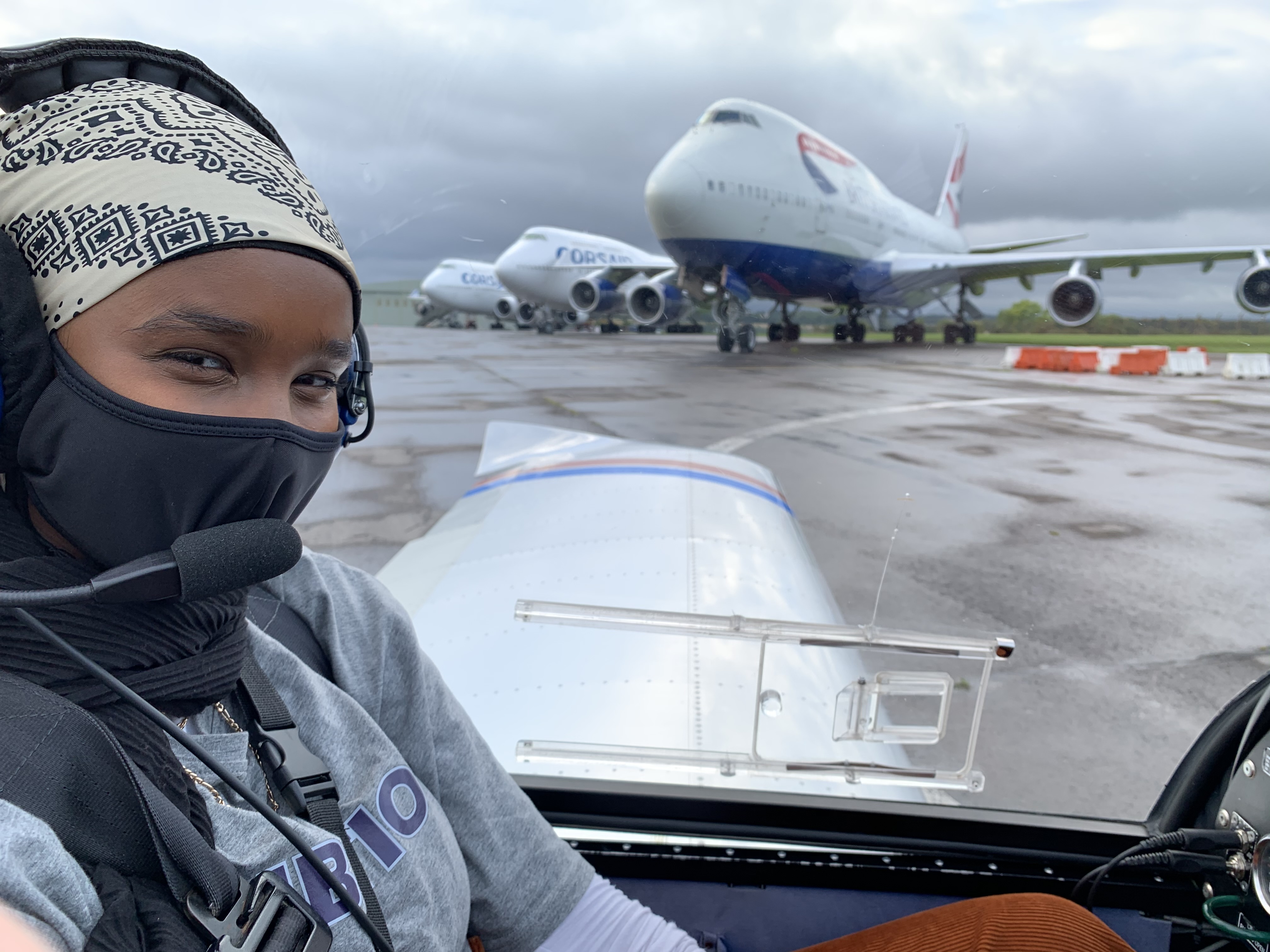 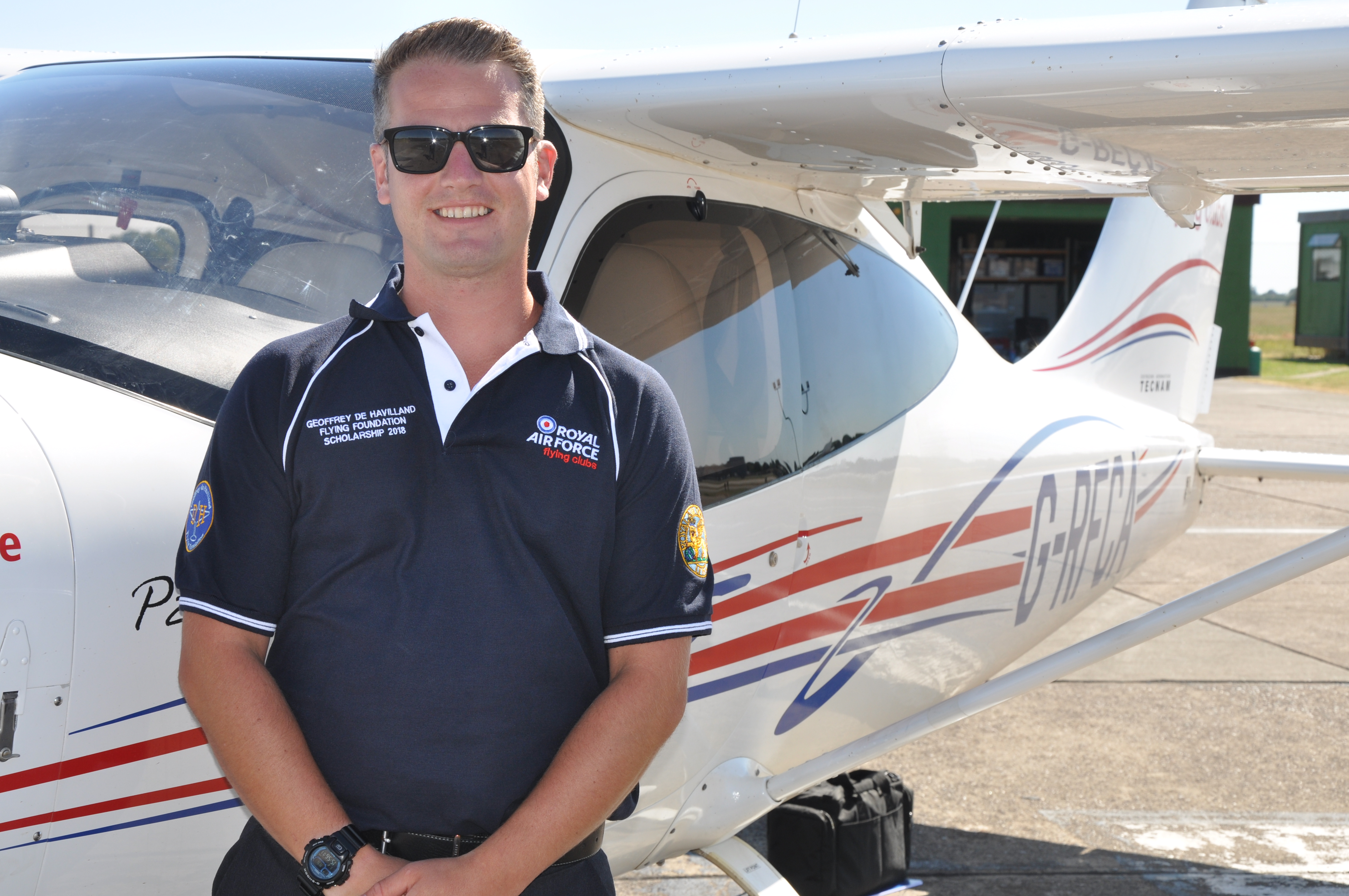 We are proud to support the Royal Air Force, in particular the Royal Air Force Flying Clubs Association (RAFFCA) novice aerobatics competition. To mark RAF100, in 2018, the Foundation donated a one-off special flying scholarship of a full PPL course for an RAF Airman, SAC Ryan Green of RAF Coningsby.

The Foundation now also sponsors an international exchange of Air Cadets with Ukraine. RAS members fly aspiring young pilots and people at events associated with the Foundation. A few top Air Cadets are presented with Geoffrey de Havilland Achievement medals, as a reward for their commitment and prowess.

None of this could be undertaken without the valuable support and sponsorship of RAS members. This is greatly appreciated.

Want to know more or make a donation? Get in touch below

What is the Spirit of Aviation?

Modelled on a scheme originating in Norway, 'Spirit of Aviation' uses flying to help disadvantaged youngsters find a focus and change their lives through exposure to aspects of aviation. Twelve 'Year 9' (14 year-old) students are selected from schools in Bristol, and over the academic year they have taken part in three full-day training sessions. The first two days concentrate entirely on building and flying a variety of model aircraft, exposing the candidates to the theory of flight and enabling them to get hands-on flying experience. These sessions are run by volunteers from the British Model Flying Association (BMFA), and are headed by John Stennard, BMFA Education officer for the South West of England. We are extremely grateful to the members of BMFA for giving of their time and expertise.

How do students progress thereafter?

The second year offers the same candidates four visits to the Bristol & Gloucestershire Gliding Club where they undertake gliding lessons. In their third year the candidates each get five hours flying with the Kemble Flying Club.

How are students selected?

The candidates are selected by their schools from various backgrounds. There is no gender or ethnic differentiation. Generally, the candidates have faced significant challenges at school or at home. 'Spirit of Aviation' offers them a chance to experience something they would never imagine they could access. The aim is not to produce pilots but to introduce people to the world of aviation and science and help young people with difficult issues to overcome their problems, and thus grow in confidence and self-esteem. 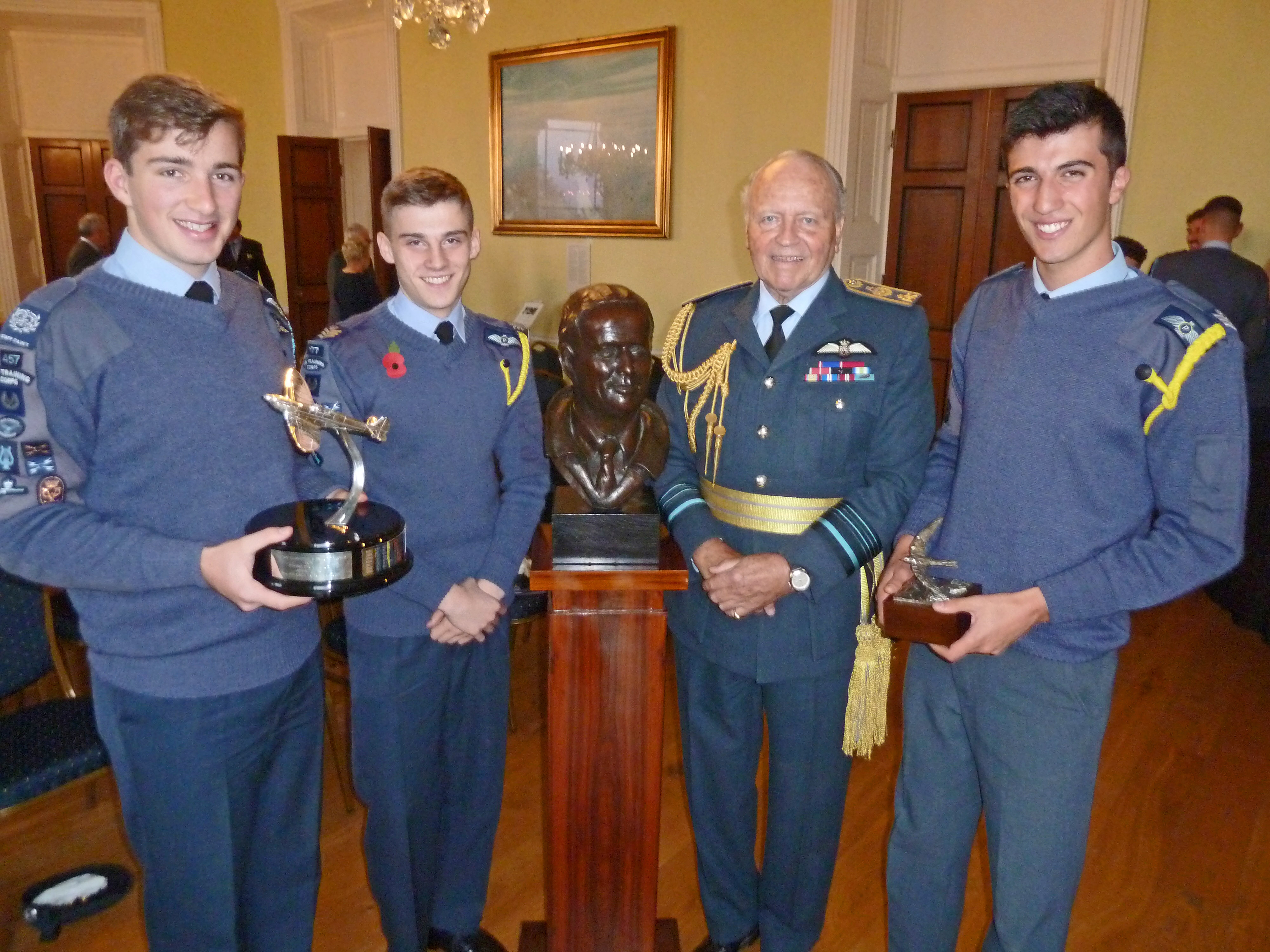 These are for Air Cadets. Two are awarded annually to PPL standard; the awards are in conjunction with the RAF Charitable Trust who award further places. At the end of the two year Foundation trophies are presented to the top two of the eleven chosen, namely the Group Captain John Cunningham Bust and John Hogg Memorial Prize 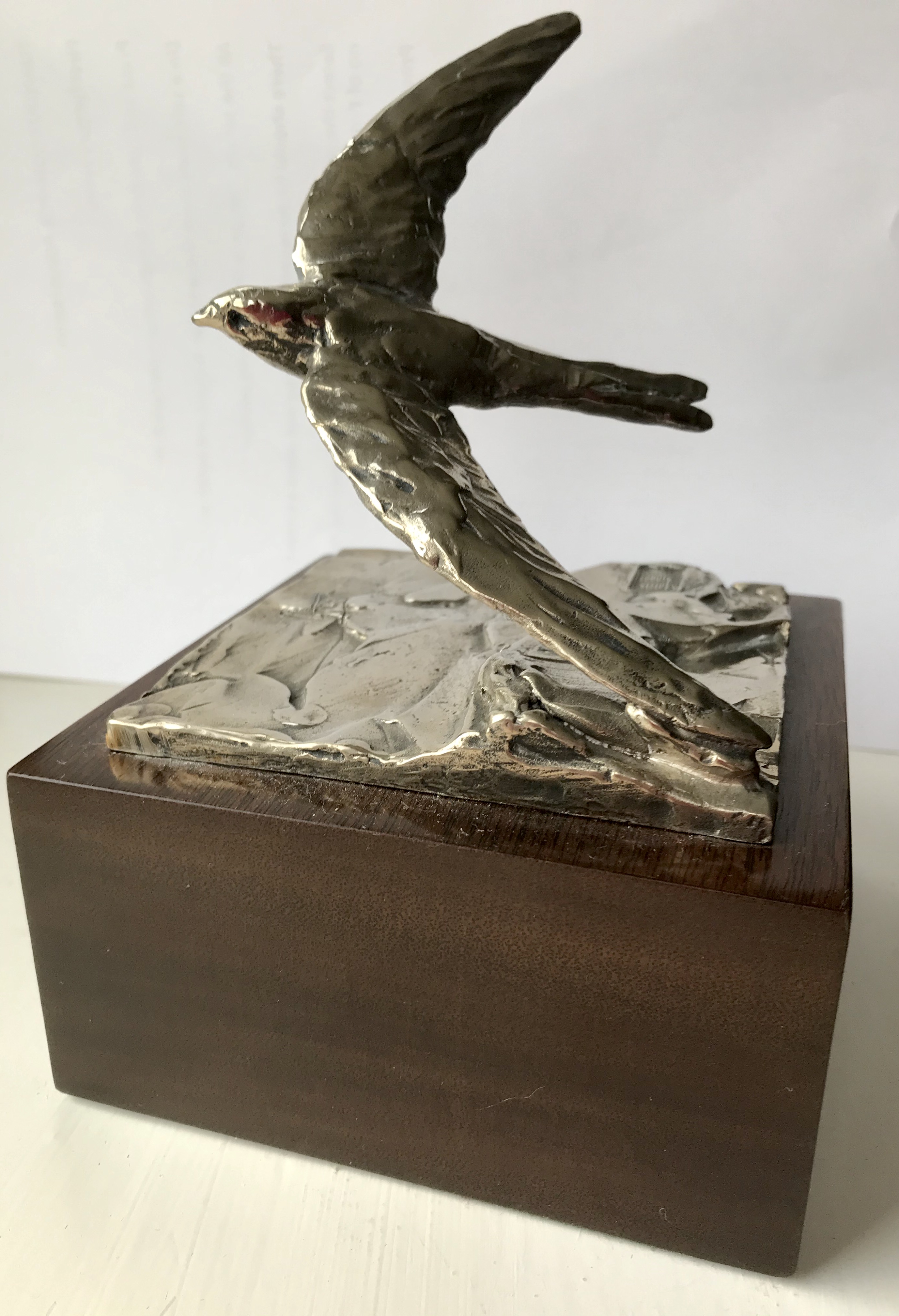 This is awarded annually to the cadet who is assessed to be the best all-round individual, taking into account leadership skills, academic performance, air-mindedness, enthusiasm, personal qualities including preparation and organisation, and the ability to get on with others, as well as ability in the air 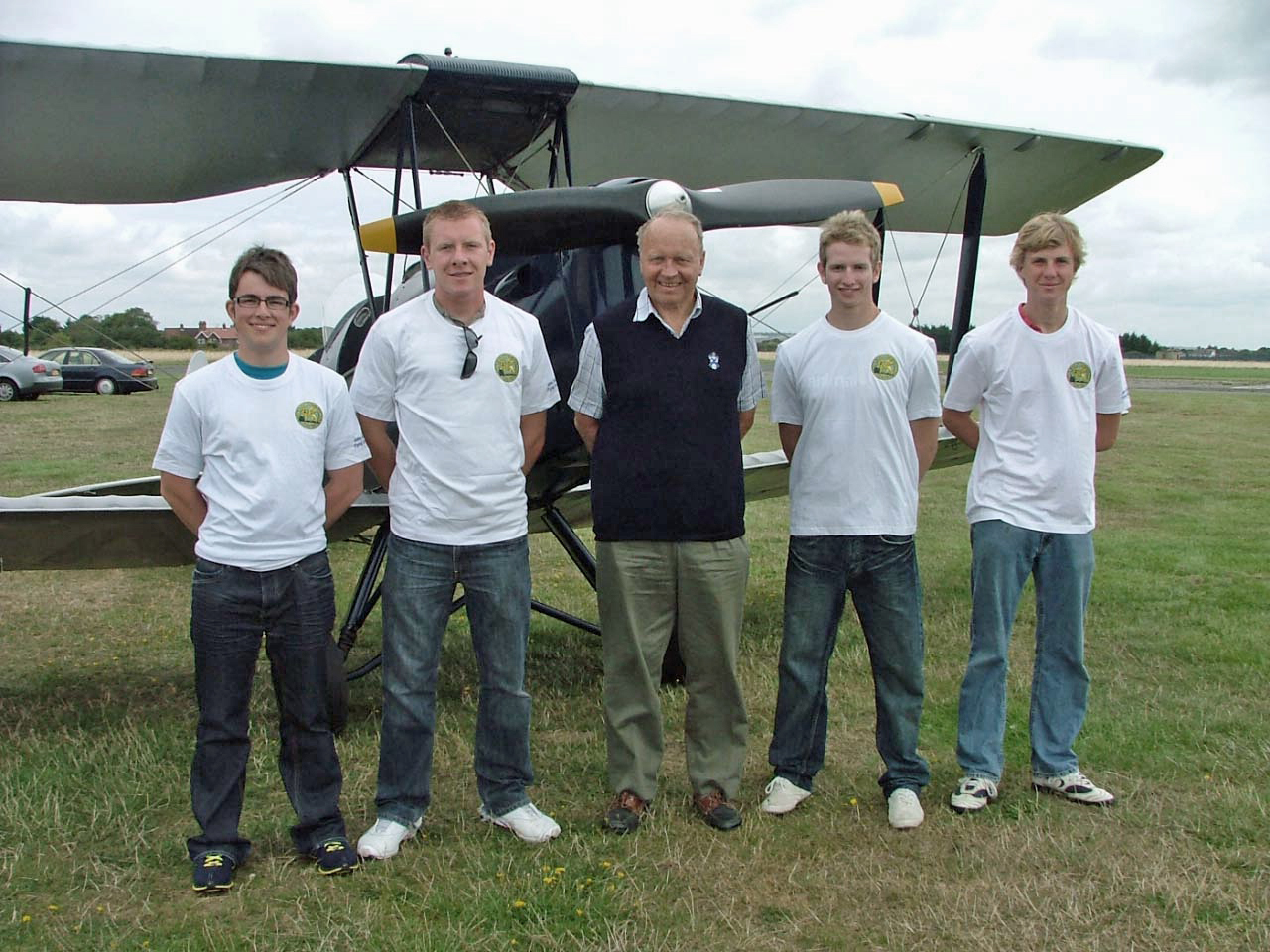 These are run in conjunction with the Fleet Air Arm Officers Association. Four scholarships are awarded each year and the courses are run generally during August. They are open to all who demonstrate an interest in naval flying, and students usually go solo during their week on the course. RAS members assist with some flying and cross-country navigation 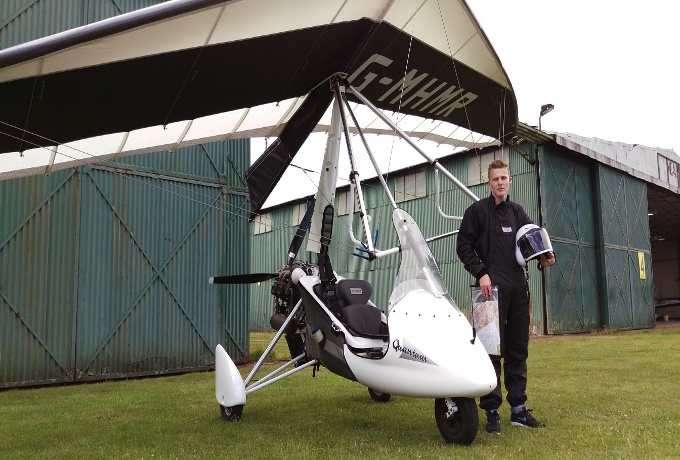 Scholarships are awarded each year and managed by the British Microlight Aircraft Association (BMAA). These are awarded on merit to those who otherwise cannot afford it, with the aim to encourage students in the art of aviation 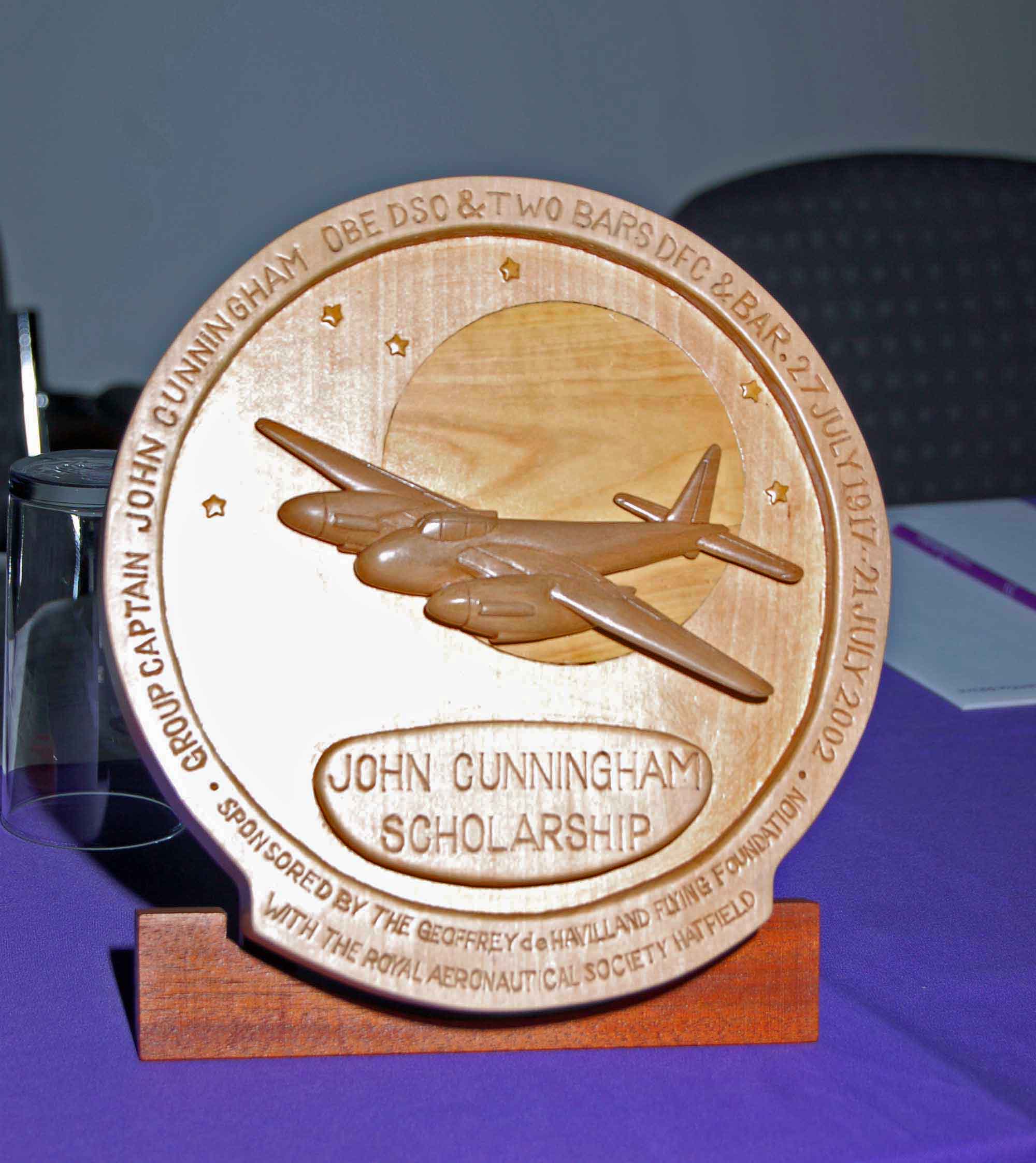 The University of Hertfordshire offers a degree course in Aerospace Engineering with Flying Studies. The GdeHFF has offered scholarships, as part of these studies, since 2007. The main purpose is to offer funds to help gain an Instrument Rating. Applicants must be from amongst those embarked on the degree course. One of these scholarships is in the name of former RAS member, Professor John Houlder. The handsome trophies are awarded annually. 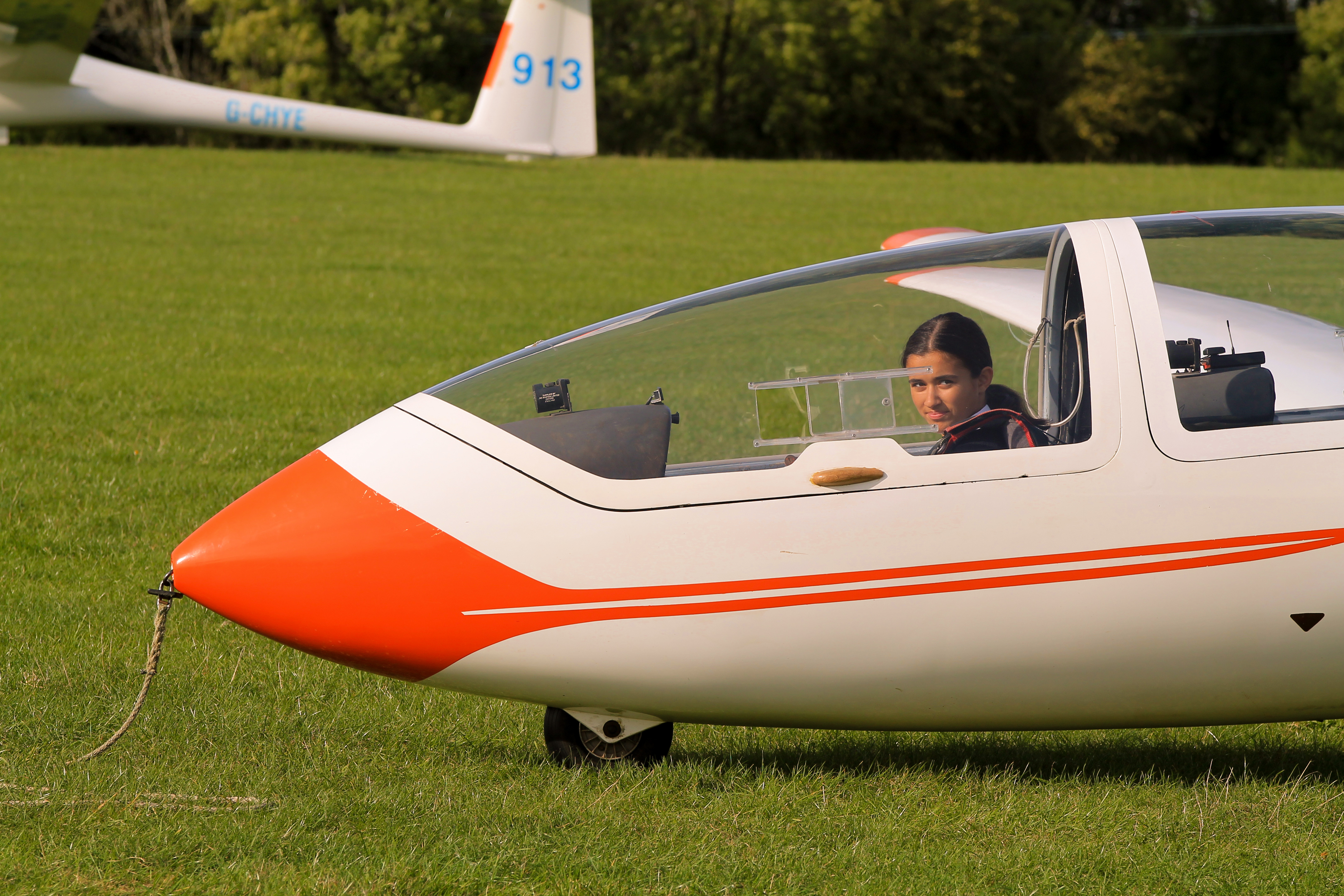